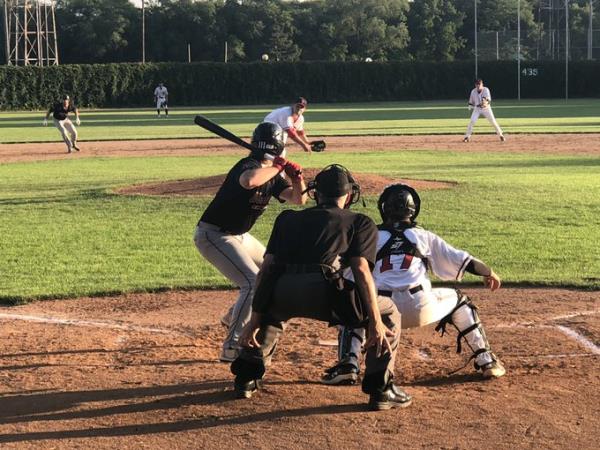 The Tigers began the season’s home stretch with a comeback victory over Veseli last Wednesday, rallying for three runs in the seventh inning of a 3-2 win. Belle Plaine was stomped by St. Peter on Friday night, losing by the 10-run rule, before falling in the final inning of Sunday’s game at Arlington.

Thursday night’s game at New Ulm has been cancelled, we’re sorry to report, as the Tigers won’t have enough players available. Next up was to be Fan Appreciation Night against Carver on Tuesday (July 20), but the Black Sox needed to cancel that game as well, due to the requirement of playing a league make-up game and having no other fitting options.

That means just two games remain on the regular-season schedule for the Tigers (6-15, 1-7): July 23 at Jordan and July 25 at home against St. Peter, which will be the new Fan Appreciation date.

Stay up to date at bptigertown.com and the social media channels on Facebook and Twitter (at bptigertown). Happy Bar-B-Q Days – we’ll see you at the cat racks!

Jared Miller got the start on the hill for the Tigers, which was a pleasant surprise as he had been out all season due to a serious shoulder injury. Miller worked two innings before departing, but not before Veseli scored a pair of runs on a two-out infield throwing error.

Garrett Boblitt relieved Miller and kept the Warriors at bay, escaping early trouble before really settling down nicely. The Tiger bats couldn’t break through, however, stranding eight baserunners through the first four innings.

The frustrations continued in the sixth inning, which ended when Tyler O’Brien lined out to third base to strand two more runners. The Tigers finally broke through in the seventh when rookie Jake Brandenburg delivered an RBI single. The next batter, Jake Mercado, came through with a two-run single, giving BP a 3-2 lead that held up.

Boblitt went the rest of the way for El Tigretown, tossing seven shutout innings in relief to pick up his second victory of the season. He finished with five strikeouts, stranding two men on base in the ninth.

The town Tigers entered Friday’s game at St. Peter with wins in four of their last six contests, hoping to build on that momentum and right their remorseful record in RVL play. Instead, our boys endured their second 10-run loss of the season in a St. Peter smackdown.

Mercado chucked the first four innings, striking out three batters before eventually getting tagged with the loss. Rookie Lucas O’Brien and veteran Chase Emmers finished up on the hill, but it turned out more like Hamburger Hill.

Tyler O’Brien and Mercado both belted a double, while Colton Kerkow and rookie Cade Morrison collected Belle Plaine’s other hits.

Even in the days of the internet machine, communication can prove lacking more often than you might imagine. But we’ll slap together for you what we know.

Arlington got on the board first, plating a run in the third off Kerkow, the Tiger hurler. Town Tigros got it back in their next at-bat thanks to an RBI single from Mercado.

The A’s scored the go-ahead run in the 7th, but once again, the Tigers answered immediately to knot the score at 2.

With Tyler O’Brien working his second inning of relief and the score still tied at 2 in the bottom of the 9th, Arlington coaxed a leadoff walk and then sacrificed the runner to second base. Another bunt turned into a Tiger throwing error that let the winning run come in.