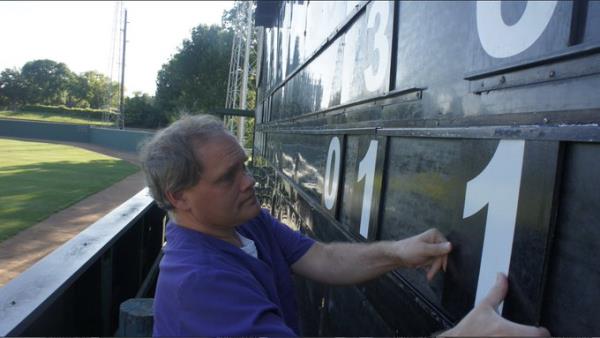 By Brett Kruschke and Matt Ruehling

After enduring one of their toughest regular seasons in memory, the Town Team Tigers (7-16, 1-7 RVL) will look to tip the apple cart when the Region 6C playoffs begin on Sunday. Among the 16 teams in Region 6C, the Tigers are the No. 13 seed and will play at St. Clair, the tourney’s No. 3 seed from the 13-60 League, at 2 pm.

The Tigers and Wood Ducks have met once before – a 12-2 Tiger win behind pitcher Wes Sarsland in the Region 6C Tourney on August 3, 2019. That was St. Clair’s first season as a team, but the upstart program has gotten good quickly and this season, it has already logged 19 wins.

For all the remaining games of the tournament – except its final day, on Saturday, Aug. 14 when Arlington will host all four games – the high seed will be the host team. That means Tiger fans will likely need to hit the road to keep up with their local favorites.

Belle Plaine’s following game will take place on Saturday, Aug. 7, at either Waseca or Minnesota Lake. The game time is yet to be determined. Please see the accompanying bracket for further scenarios.

The Tiger Train played a pair of RVL games last weekend, absorbing yet another beating at Jordan, 16-1 on Friday, before shaving St. Peter, 2-1, at home on Sunday.

There was exactly one reportable highlight from Friday’s game at perennial power Jordan, and that was Jake Mercado’s RBI single giving Belle Plaine a 1-0 lead in the first inning. However good that may have felt, it dissipated quickly as the Brewers – and specifically, long-time scoreboard operator Jay – hung a 10-spot in the home half of the inning. Game, set, match.

Tiger pitching posted zeroes for the next three frames, but the Brew Crew posted two runs in the fifth inning and four more in the sixth to salt things away. Three outs later, the 10-run rule ended the game early.

Rookie Lucas O’Brien fared relatively well on the hill for Team Tigertown, working 3.2 innings with three earned runs and a pair of strikeouts. Four Tiger errors on the evening certainly didn’t help the cause, as Jordan finished with 16 runs on half as many hits.

Aside from Mercado’s RBI hit, Tyler O’Brien (a double) and Brody Curtiss collected BP’s other safeties.

St. Peter was one of a handful of Minnesota Baseball Association teams that have been suspended by the state board for a roster snafu of some form or another, but credit to the Saints, they completed their schedule and drove to Belle Plaine for the regular-season finale. And the contest proved to be a well-played one, to boot.

Josh Terrio got the starting nod for El Tigre and was in fine form as was necessary, as neither team scratched the plate through four innings. When St. Peter scored a run in the fifth, Belle Plaine answered immediately thanks to RBI singles from Mercado and Terrio.

Terrio worked six innings before turning a 2-1 lead over to Tyler O’Brien. The Tigers’ primary center fielder kept the pedal down, earning his first career town-team save with three innings of shutout ball.

O’Brien struck out a pair of Saints and also notched a pair of hits, including a double. Rookie Jake Brandenburg also had multiple knocks, grabbing a double and an RBI.